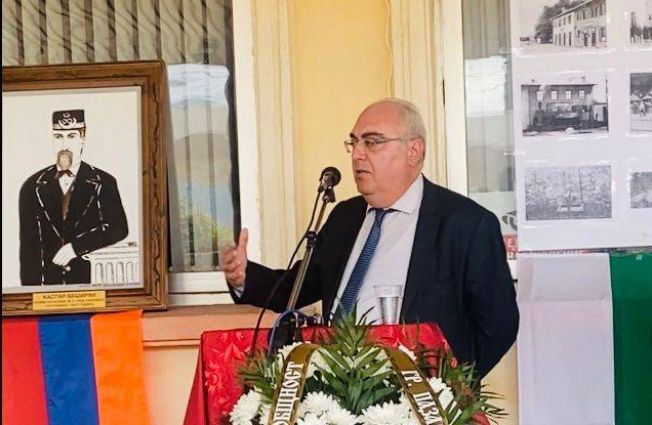 17 September, 2022 Ambassador Armen Yedigarian participated in the opening ceremony of the plaque of the first station chief of Saranbey station Gaspar Besheryan.

Addressing the guests Ambassador Yedigariyan noted that this year marks the centennial of the first mass immigration of Armenians to Bulgaria and the 30th Anniversary of the establishment of diplomatic relations between Armenia and Bulgaria.

Ambassador Yedigarian stated that during the current aggression unleashed by Azerbaijan against the sovereign territory of Armenia, Armenian people receive the sympathy and support of Bulgarian people.